How @childsi helped me save a life using social media

I connect with a lot of different charities on different channels, following them on Twitter, liking them on Facebook and subscribing to the odd email newsletter. Whilst it’s great that so many charities are embracing these (no longer new) ways of connecting with their supporters, the messages sent through those channels are not always consistent or complementary. And even if you have a clearly defined message, how you communicate that message is subtly different depending on the platform – you don’t write for email the same way you write for Twitter.

I’d never been a part of an appeal that took place across Facebook, Twitter, email and YouTube until I heard about the plight of Joey, one of the first babies re-homed in Uganda by the Child's i Foundation. Last month, they discovered that he needed life saving surgery within 48 hours, and the charity needed to raise £10,000 to fund this operation. I heard about this not from the charity initially, but from other people retweeting the charity and sharing a video made by the team at Child's i Foundation: my initial contact was indirect, but based on friends' recommendations.

At first, I didn’t have much time to look into what this was about – sometimes checking Twitter is a luxury – so I never got round to clicking on any links to find out more. As I subscribe to the charity’s email list, though, I received an email asking for my support. And since I had already heard about the appeal on Twitter and was interested, I didn’t need much persuading to support it (although the email is certainly persuasive – clear, simple and to the point) and I donated on their JustGiving page.That weekend I was checking Facebook and, as I liked the charity’s Facebook page, I learnt on my newsfeed that the £10,000 they needed had been raised:

Notice how the message was saying “you did it” and not “we did it”. The focus of this whole appeal was on what you as an individual could do, making you feel like you could make a difference.Seeing that, I felt good to have supported the appeal. And I felt better when I was thanked on Twitter the following week. Then I felt even better when I received a beautifully written thank-you email letting me know that the total had been raised and work was underway to get Joey to a hospital in South Africa. Accompanying this email was a short, but amazing, video, telling the story of how the money had been raised, the reaction of the charity in Uganda and a thank you from Joey’s adopted parents.

All this made me feel like I had helped save Joey’s life, and it was an amazing feeling – exactly the reason why we give, yet so infrequently the feeling we get when we do.This was an integrated appeal run on Twitter, Facebook, YouTube and email that told a powerful story better than any charity appeal I’ve seen before. So next time you’re thinking of running a campaign across multiple channels, look at what the Child's i Foundation did and think how you can do the same.

But before you do that, watch the video below, and feel good. Because that’s the most important thing about this story: as much as the use of technology is impressive, the tools themselves don’t make you give, the message does. 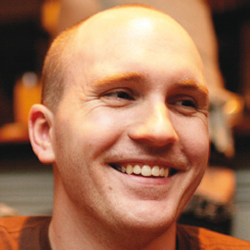 Jonathan is a product manager specialising in social media integration, digital strategy and online fundraising. He is passionate about how the social web has revolutionised the way people interact with each other and how charities can use the internet to create enormous value for them and their users.