Running a charity awareness campaign for the first time

‘Benevolence’ and ‘benevolent funds’ are not widely known terms. For this reason, they are known as the charity sector’s “best-kept secret”. But as the national umbrella body representing 120 benevolent funds we realised it was time this changed.

Many of our members at the Association of Charitable Organisations, were telling us they were concerned around low-levels of public awareness and so we decided it was about time we ran our first ever awareness campaign for grant giving charities.

The public know big-name charities, but what they don’t know is there are hundreds of other charities representing different groups they can turn to as well. Charities that provide support, such as financial grants, advice services and counselling, to people in need. Helping people of all ages going through difficult times when other services have been cut.

As a membership organisation some of our member charities are very small – around 30% have less than five staff members. They don’t have the resources available to run a campaign themselves so we stepped in to find a way to collectively promote their good work for them. The starting point – inviting a group of charity PR and communications experts from within our membership to a meeting to discuss how to address the issue. A meeting that resulted in the decision to set up a national digital awareness campaign with the potential to be turned into an annual event.

‘One Day changes lives’ was born

“One Day Changes Lives” came from an idea that we should showcase the life-changing work our member charities do on an average day. The hashtag hadn’t been used before and worked well for a digital awareness campaign as it lends itself nicely to social media and SEO.

As it was a new campaign choosing the right date was incredibly important – so much so it meant the launch of the new awareness day was over a year in the making. When we first started planning the campaign it was December 2018 and we chose 16 October 2019 as our research showed it looked clear of Brexit deadlines and other campaigns, and allowed enough time for lots of the charities who’d shown interest to be able to get involved. Given it was a busy year politically, with Brexit the main focus of the news agenda, we believed running the campaign in Autumn would mean we would have more of a chance of gaining national press attention. But by September the Brexit deadline had moved which led to an even longer than expected gestation period as the decision was taken to move the date. Knowing we would have little chance of securing national press attention on our original date we moved it to January 22 this year which our research showed was also a good fit. It is often a time when people are struggling so might be looking for assistance and so was a good time to be raising awareness of the work charities do.

The aim of the campaign was to get as many benevolent fund charities involved as possible in order to create a strong, united voice. We knew from our research that a major challenge for charities was finding ways to get the amazing work they do in front of wide and diverse audiences and we wanted to help amplify the impact they were making to the public. So with that in mind charities were asked to send data about their impact and share case studies of the lives they had transformed which could then be amplified through the ‘One Day Changes Lives’ campaign.

Many charities saw the tangible benefits and the wider opportunity to publicise their work, so were keen to get involved. However, it was a challenge convincing people to add to their busy workloads and some also raised concerns they would not have the digital skills for the social media aspects. To make it easy for as many people as possible to get involved we created a simple survey to collect data and a toolkit with all the materials needed. A toolkit that included sample social media messaging, graphics and an adaptable press release. We also ran a free communications masterclass to help boost colleague’s digital skills and confidence so that everyone was prepared when the date rolled around.

Learnings from the day itself

On 22 January we, along with our members, shared stories across social media about where benevolent charities had changed lives. It was fantastic to see our members unite behind the day, and the effort put into the content shared. It was also great to see others in the sector join in about how they have worked with benevolent funds and their value.

In terms of our own social media engagement, while our focus was on Twitter as our most engaged with platform, and for its suitability for campaigns that require a significant amount of posts throughout the day, we also posted several times throughout the day on LinkedIn, Instagram and Facebook which saw good engagement.

On Twitter we saw more engagement and impressions than we usually get in a month on that one day! We also had around a 20% increase in Twitter followers, and from their feedback, it seems our member charities had also had a similar experience in terms of their social media engagement. So given ‘One Day Changes Lives’’ success what can we say we learnt from setting up a campaign for the first time.. 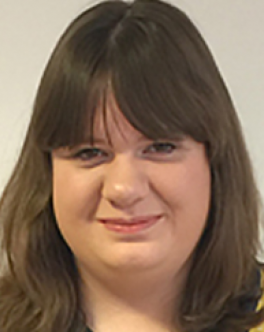 Hannah is marketing and communications manager at the Association of Charitable Organisations, responsible for PR, marketing, digital and content strategy. Prior to this, Hannah worked in a DVD production company for five years, where she was responsible for in-house PR, content and licencing. She has also worked as a research assistant for The Centre for Human Rights in Practice at Warwick Law School, assisting with creating reports and resources for charities in the Coventry area. After completing her Law Degree at The University at Warwick, she also worked for the charity Asylum Aid.