The best of times and the worst of times – that’s Christmas in the charity sector.

November is our biggest month of the year in almost all metrics – donations, web traffic, social media engagement. But at some point, in early December we hit a wall. People get distracted – engagement drops off and donations follow suit.

That’s how it always went: huge November, disappointing December. But last year, the Injustice Advent Calendar changed things for us and for the charities that were highlighted through the daily campaign messages we sent.

Simply put, the Injustice Advent Calendar sees a daily message sent to the inbox of all who subscribe with a different action tied to a campaign that is being run by whichever charity is being spotlighted that day. A way to mark the festive season whilst being inspired to support charities and their good causes at the same time.

An idea born from the ashes of failure

So where did this idea to showcase a different charity campaign each day of advent begin? Well, around six years ago, Traidcraft Exchange ran a small fundraising advent calendar, where each day you would give a few pennies based on a different aspect of your daily life. So, you might give two pence for every light bulb in your house… or 10 pence for every time you ate chocolate that day.

It was fine at first, but by day 14 we were so short of ideas that we genuinely charged our loyal supporters five pence for every time they used the toilet.

Looking back, it wasn’t our most appealing piece of supporter engagement.

I say all this to show that there is nothing remarkable about the advent calendar format. It can be good… and it can be toilet-taxingly bad.

I want you to believe me then, when I say that the success of the Injustice Advent Calendar was down to the two things that made it different from our previous festive fundraising disaster.

The power of collaboration

In 2019 we partnered with 10 different charities to bring the UK public 24 days of positive actions that were aimed at making the world a better place. Each charity took at least one day and no charity took more than three.

This year we’ve got 18 charities on board and no one will have more than two calendar entries.

With these partnerships comes variety. One day might be a message about the safety of UK children with the help of The Children’s Society dropping into audience’s inbox, and the next might be all about campaigning against the death penalty with Reprieve.

Over 24 days audiences will be introduced to organisations like Tearfund, Youth Access and the Sumatran Orangutan Society. It’s an eclectic mix that reflects the vast array of issues we face as a society – but also one that points to the solutions.

The message this collaboration sends is essential: the good guys are talking to each other. No matter how bad the world seems, together as a sector we can start to make a difference. Every charity that joins adds weight to the message of the others.

Tapping into the feel good factor

There are two promises that underpin the Injustice Advent Calendar. They are written in big bold letters on all our materials:

The 18 charities taking part this year had to commit to these rules from the very start. Those who took part last year know that we are very flexible on tone of voice, graphics and content… but we never break these two rules.

They are the essential maxims that mean this actually works like an advent calendar. Audiences don’t get chocolate, but they do get that buzz of making a small difference. Each day has to feel like a gift.

A donation ask, or an overly complicated action takes away the feel-good factor. This calendar has to be about the joy of making things better – we can’t give people a financial and administrative burden for Christmas.

In 2019 we surpassed our targets for the first year of the Injustice Advent Calendar – 1,800 took part in the pilot run and for once we had an extremely busy December.

A parable for our times? Why collaboration is the future

It strikes me that the November-December rollercoaster we, and others in the charity sector, have experienced year after year could be about to repeat in a bigger way because of the coronavirus.

For us, our first forays into fundraising during this pandemic were met with an enthusiastic response. People were keen to meet global crisis, with global generosity. But perhaps now, as I’m sure many of you may worry too, there is a fear that we are running out of new things to say. The pandemic is still the problem and money is tighter than ever for the general public. Great challenges are coming for all charities.

So how do we shield ourselves against the drop in income and enthusiasm that could lie ahead?

Maybe that’s part of the answer.

If you want your charity to be part of it next year, email me and I’ll gladly add you to the distribution list for 2021.

Sign up to be part of this year’s Injustice Advent Calendar here. 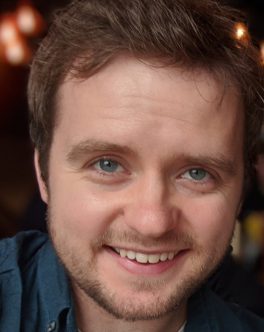 Jon leads the digital team at Traidcraft Exchange – a charity which specialises in making global trade work for the poorest communities. He believes in simple strategies and big ideas. He’s passionate about using great marketing to turn limited resources into massive results.