Case study films are a wonderful way to talk about your cause. But too often, they are simply a collection of talking heads.

An original human story allows viewers to feel a connection with the subject or to imagine how they’d react in the same situation. Charities can use some simple tricks and techniques drawn from TV to make case study films far more interesting and watchable.

Here are my insider tips, drawn from 15 years working in TV and six years making films for charities.

Video allows you to create character and intimacy by showing people and events. Instead of thinking about what people might say in your film, think about what they could do instead.

Picture sequences don’t have to be complicated, but a bit of careful planning will really help bring your films to life: find out what your contributors do to relax – a simple walk in the park, or playing a game with the family for example. Even better if you can capture someone doing something to do with the film’s subject – an appointment with a doctor, exercise programme or a cooking class.

At Magneto Films, we recently made some case study films for Age UK with Norman who is being supported by the charity. Even though he’s elderly and housebound, we tried to show that he was full of life and even got him dancing with his Age UK befriender.

A really simple way of going beyond the talking head film is to film two people together. A couple, a carer and the person they support or a beneficiary and their charity worker. They could be chatting or it could be an interview where they’re both encouraged to talk. Think of the post-date interviews in Channel 4’s First Dates series. The wonderful human moments are where they talk to each other or chip in on each other’s answers. It feels authentic and intimate.

This technique is used to wonderful effect in this film from The Scouts Association about dementia. A husband and wife tell the tale of how they met and it leads us beautifully into the story of Joyce’s dementia. Touching and revealing.

An incredibly moving story about a couple living with dementia. This is just one of the issues that young people chose to focus on as part of #amillionhands. Get your Group involved today http://bit.ly/1NnpIFU

Posted by The Scout Association on Tuesday, 11 August 2015

3. Use music to drive the pace not set the mood

Music shouldn’t be there simply to convey mood. It should be used to drive the tempo of the film or to signal a change in subject.

Music can also help with pacing: don’t be frightened to have a break in the interviews or talking heads. Let the audience take in what they’ve just heard by allowing them a break with a sequence of pictures and music.

Think about using several tracks, even in a short film.

It may sound a little arcane but it’s the big secret of TV documentaries. Using natural sound creates realistic and engaging films and is underused in charity case study films.

Natural sound or actuality is all the sound and chatter that happens ‘in real life’ – the moment that someone walks in and says hello, or asks for a cup of tea for example. In fact anything that’s not scripted or an interview. It’s the simple moments of overheard conversations or communication that create a sense of ‘being there’ and create intimacy with the audience.

Actuality is used to great effect in this advert from McCain – no interviews about how great fish fingers are, no voice over about how healthy they are but just ‘genuine’ chatter from real family mealtimes that show the goodness!

5. Chat to your contributors and listen to their story

Pick up the phone: if someone is confident and engaging on the phone then there’s a good chance they’ll be good on camera. They’re also less likely to back out at the last minute if you’ve spoken rather than emailed. It’s this contact that’s key to making great TV programmes – teams spend lots of time ‘casting’ and getting to know the contributor before they send a crew to film anything.

During a chat people will often surprise you with an insight or a nugget of information that you’d not heard before: all good material for your film.

Remember that it’s the authentic human story that draws people in and keeps them watching. It’s important not to put words into people’s mouths or give them scripts to learn.

More like this
Show and tell: guide to portraying beneficiaries 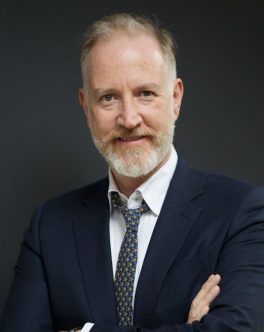 Jeremy Jeffs is a founder partner at Magneto Films, a video production company specialising in making online films for the charity sector, health and not-for-profits. Magneto also works with a small number of brands to produce strategic and branded content. Jeremy has over 15 years experience of broadcast documentary making and has made more than 30 films for BBC TV, Channel 4 and National Geographic.