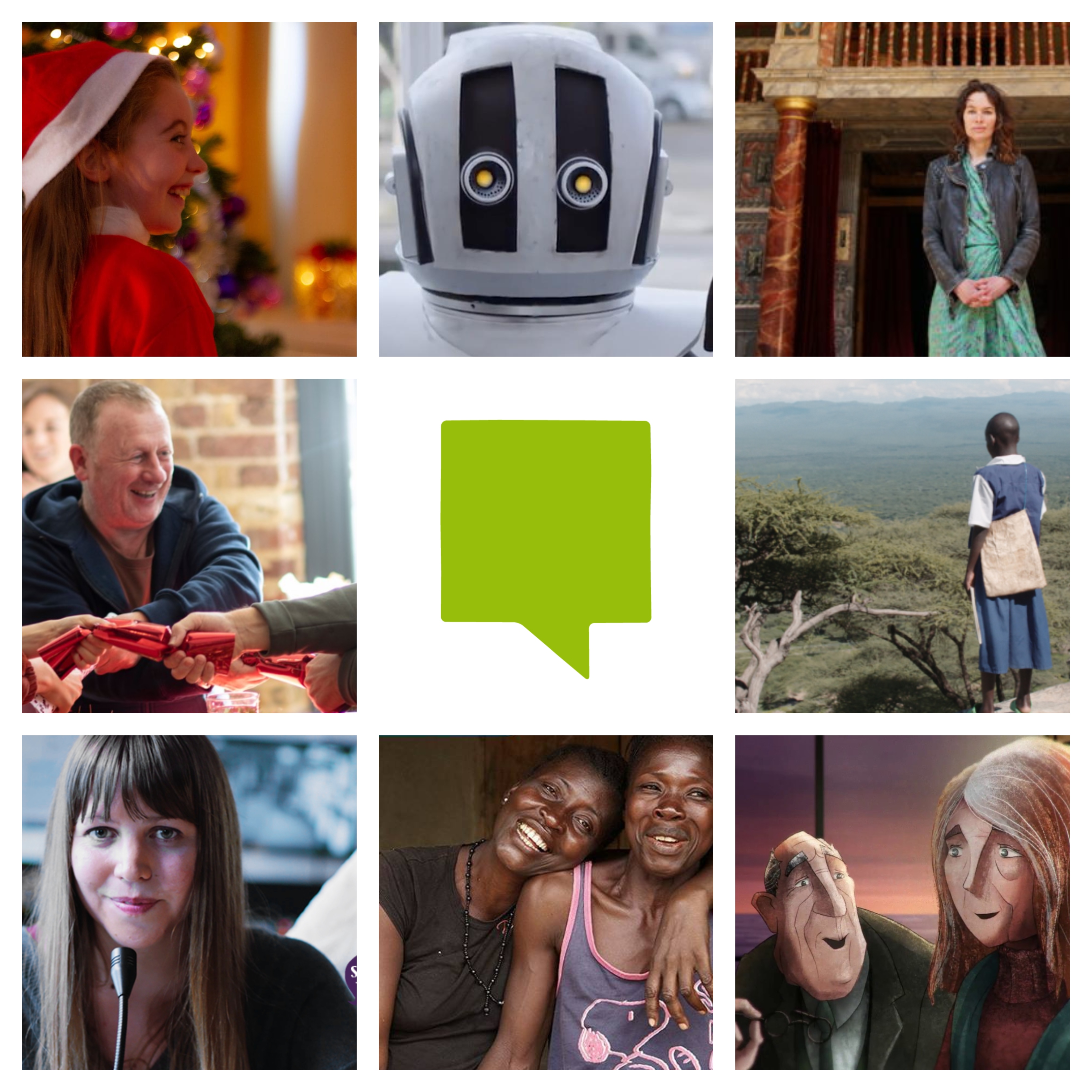 It’s Christmas the season of fun, frolics, and of course giving, so to celebrate we have put together a roundup of the CharityComms team’s favourite campaigns of the year just for you. In a bid to make you feel give you that inner warm glow even as it is freezing outside here’s our special festive gift to you:

A high impact campaign raising incredible funds to transform lives now and into the future WaterAid’s #Untapped campaign used outstanding multi-media communications which dared to be different and engaged new audiences in immersive ways. The collaboration with KRPT was a brilliant piece of story-telling, uniting grime artists and poets with dramatic light installations to bring a global issue close to home. This video of fresh water arriving in a village in Sierra Leone is joyous and empowering. Great work Wateraid.

This year saw Dementia UK launch its first ever short animated film and it was so unbelievably touching that it has stayed in my mind ever since. Telling the story of three people differently affected by dementia – someone who has it, her husband who cares for her, and the admiral nurse that helps them both navigate a way through the condition – it offered a starkly visual representation of the feeling of being lost at sea that many families in a similar situation will be familiar with. This moving animated film really brought home the reality of what it is like for those living with a progressive neurological disorder, as well as those around them, and in my opinion was a must watch of the year.

Book Aid International and Raw London’s Magic of Reading video follows Pascalia, a 12-year-old girl living in Kenya’s Great Rift Valley, discovering the magic of the classic children’s book, Where the wild things are. The sense of adventure conveyed by the striking landscape and mystical soundtrack, brings the story to life. It demonstrates how books can enrich the lives of young people across the world, giving them not only the opportunity to read, but to imagine, explore, learn and grow. It’s no wonder it’s up for this year’s Charity Film of the Year Award.
Harriet Smith, events manager

Crisis, Reserve a place this Christmas

This is the time of year when people give and make resolutions for a new beginning. In today’s society those who receive the most are those who need it the least! Unlike so many other charity campaigns, the recurring Crisis at Christmas campaign does not ask for a continuing commitment in donation, nor is it seeking help to cure a disease or resolve an insurmountable social ill. All it’s asking is for a donor to put a smile on someone else’s face this by donating £28.18 to reserve a place for a homeless person to have somewhere to go at Christmas.
Joseph Fadahunsi, finance and governance manager

Throughout 2018, the IRC  produced a variety of content which used diverse storytelling practices and framing techniques to communicate about people in crisis. From illustrating historical legacy of support for refugees, to platforming the varying identities and skills of refugees, whom are so often presented as a homogenous group, the IRC provided an alternative narrative, amid the UNHCR’s concerns that the UK press were being uniquely aggressive against refugees. It’s work is meticulously thought out, aware of the media environment in which it operates, technically fantastic and leads to consistently powerful content.

With so many campaigns vying for attention at the same time of year #KidSanta really stood out to me, not just as a mum, but as something that turns the concept on its head.  Being a parent is the best job in the world, and often the hardest. So anything that helps families struggling with the fear and worry, not to mention extra costs, of childhood cancer is amazing, particularly at this time of year. Ellie Mae is a fantastic Kid Santa and by offering a range of supporter options, from buying cards to shopping with Amazon Smile, CLIC Sargent have created a really clear campaign that’s both emotive and effective.

This campaign is so powerful for me as small talk, talking about the weather, or even God forbid, talking to a stranger can be seen as something that many British people despair of or dread. However, this campaign reinforces the power of small talk as for one person it may seem pointless, but to another person it can be potentially life-saving.  Brrr, it’s a bit chilly out today isn’t it…

In 2010, Olaseni Lewis died after “disproportionate and unreasonable” restraint in a mental health unit. This year the mental health units (use of force) bill was brought forward by Steve Reed, Labour MP, and Olaseni’s mother, Ajibola Lewis, said, “If this law had been in place [then], Seni would probably be alive now.” The private member’s bill was campaigned on by multiple charities including Mind, Rethink Mental Illness and YoungMinds. For me, the passing of Seni’s Law represents the true potential of campaigning as the people most affected were involved throughout and it begins to address systemic issues.
Stacey Kelly-Maher, digital projects officer

Today Seni's Law passed through the House of Lords! This Bill will introduce vital protections for patients in mental health units and will significantly reduce the use of harmful restraint. Thank you to everyone who campaigned for this with us! pic.twitter.com/iVO8OxD4Mh

This campaign is fantastic, and I particularly loved this video – partly because of how the narrative vividly puts you in the shoes of a child settling into a new home having escaped a warzone. Coupled with this the robot is a clever vehicle to helping you engage with the complicated human emotions being portrayed. I’ll be honest, I tear up every time!