The impact of the Lobbying Bill

According to David Cameron, “the legislation will not affect the majority of charities,” but what does the Lobbying Bill mean for those working in charity communications?

This period of limbo makes for frustrating and uncertain times. However, we can digest what the changes will mean for those looking to engage in campaign activity once the rules come into effect in September 2014.

The controversial Lobbying Bill passed through Parliament with exceptional speed to receive royal assent on 31st January. A six week consultation period and two week Christmas break meant that Parliament had just 12 weeks to analyse, amend and refine a substantial piece of legislation with wide reaching impact on charities and lobbyists.

Derided by many in the charity sector as the “Gagging Bill”, it was also heavily criticised by MPs and Peers for the limited time allowed by Parliament to properly examine the proposed legislation. Although the majority of the changes to the Act come into effect in September 2014, its impact on those involved in non-party campaigning – charities and campaign groups in particular – is still not clear. Many small organisations have relied on representative groups such as ACEVO and NCVO to provide them with a steer as to what the changes will mean in practice. ACEVO and NCVO have provided technical detail on the bill – e.g. that a new wider range of activities will be subject to the new rules on spending by non-party campaigner – however there is little clarity for charities. For example, it’s not clear what activity can be “reasonably be regarded as intended to promote or procure electoral success”, as described in the Bill.

The public body with responsibility for implementing parts of the Act, the Electoral Commission, is now undertaking an extensive analysis of the Act to produce guidance on what it will mean for those affected. ACEVO and NCVO are working with the Commission to feed into this guidance which is expected in July, before the change of rules come into play in September 2014.

The Act is already in play but these rules will only apply in the run up to certain elections (during a “regulated period” which is 7.5 months before the 2015 election and 365 days for future general elections).

A wider range of activities are now covered by the campaigning rules. This means that activity including holding press conferences, media events, canvassing and market research will be subject to new rules on spending for the first time.

Non party campaigners (such as charities and campaign groups) must register with the Electoral Commission if they want to spend £20,000 or more on activities in England, or £10,000 in Wales, Scotland or Northern Ireland, during the regulated period.

The Electoral Commission will issue guidance in July ahead of the rules taking effect in September, the start of the regulated period before the general election in 2015.

Finally, it is worth noting that these provisions are up for review after the 2015 election and therefore subject to further change. No doubt this will see another round of lobbying as those affected by the provisions have the opportunity to feedback on the influence this has had on their ability to participate in the democratic process. 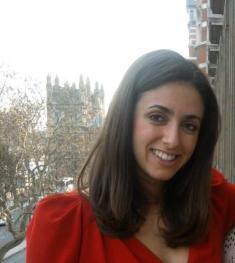 Kat has over five years’ experience in political communications. She joined Champollion Political after working in Parliament for a number of Conservative MPs and Ministers, as well as working for the centre-right think tank Centre for Social Justice set up by Iain Duncan Smith.