Time for a comms review? 10 things to think about before you start

I’ve met very few people who actually like having their work reviewed, but when it's done well, it can have a transformative effect.

The last time I was on the receiving end of a comms review, a new chief executive had joined the charity I worked for. He had an ambitious strategic vision and wanted to see whether his communications team could deliver it. With a bit of restructuring and some new approaches, we could.

The review was challenging, but it forced us to take a step back and look at what was really working and where our skills gaps were. Ultimately, it made us a stronger team and raised our profile in the organisation – people understood and appreciated a little more what comms could contribute.

Whether it’s to support a new strategic direction, adapt to new technology, refocus after budget cuts or simply to ensure you are on track, a good review can bind a team together.

However, having your work analysed can feel exposing. Most people in the third sector work hard and performance issues are rarely down to a lack of effort. If a review is handled badly, it can be disruptive and sap a team’s morale.

At RandallFox, we’ve conducted more reviews this year than ever before so we wanted to share what we’ve learnt. Here are 10 things to consider when undertaking a comms review:

We recently worked with Cathy Irving, director of communications at The Health Foundation, on a comprehensive review of the organisation’s communications, marketing, digital and public affairs activity. She says:

Our organisation was changing fast, not just in size but also in direction. We needed an objective look at how our communications function could best respond to these changes. The review helped us focus our activities and to make the case for new resources in some key areas. It also helped build staff morale.

When a review concludes don’t forget to communicate the results widely and devote time and resources to support new ways of working. Keep everything clear, credible and objective and you won’t go far wrong. 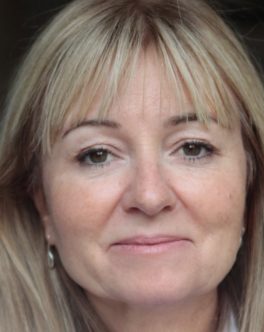 Selina Fox is a director and co-founder of RandallFox. RandallFox specialises in strategic comms support for charities with the goal of helping teams develop greater clarity, focus and direction so that they can make more of an impact. Services provided by RandallFox include supporting team development and structure; strategic planning; audience focus, research and message development; facilitation and coaching.