Why charities need to understand vloggers

You can hardly spend any time on YouTube without coming across Zoe Sugg, aka Zoella. It might not be long before you also find her boyfriend Alfie, her brother ThatcherJoe or even her friends SprinkleofGlitter or Tyler Oakley. They might not be conventional celebrities, but these YouTube stars are not a group any charity can afford to ignore if they want to engage young people online.

Vloggers are the rapidly rising media stars of the digital age. Those mentioned above have over 20 million YouTube subscribers between them – that’s comparable to the population of Australia. You might even have spotted Zoella on a billboard while out shopping. Yet vlogging is mystifying older generations, and that includes people not yet in their 30s. In a way that’s reminiscent of the impact of the Beatles or punk rock on bewildered parents of the 1960s and 70s. As The Independent said in October 2014 in an article headed ‘Who is Zoe Sugg?’:

“…who is she and why is she relevant? These are questions on many people’s lips as they are forced to sit through an advert promoting her fashion and beauty channel before the YouTube video of their choice.”

Engaging with young people is something we take seriously at Mind – and why we’re delighted to have brought in Zoella as our first ever digital ambassador.

We’ve been consciously increasing the amount of video content we produce for over a year. Of course it’s not just young people who use YouTube, but they are leading the pack. And do you know what the leading cause of death is for men and women between the ages of 20-34? Tragically and shockingly, it’s suicide. We say that managing mental health can be a marathon, not a sprint. Our videos show how people living with a mental health problem, with support and respect, can not only survive, but thrive.

Video is also important as we look beyond ourselves as a charity in terms of a creative force. A year ago we were part of an incredibly inspiring user-lead fight back with the Asda #mentalpatient Twitter storm: see this piece by our digital commutations manager. That experience has gone on to shape our whole approach to digital content. We see the future of Mind’s online communications as much about amplifying user-generated content as making our own.

Our own discovery of Zoella came in 2012, before her national fame, when she uploaded a vlog Dealing with Anxiety and Panic Attacks. This was a follow up to an earlier blog post on the topic:

“You are not alone, panic attacks are VERY common. Do not force yourself to go somewhere you don’t feel comfortable, you and your health are far more important than keeping someone else happy.”

That video was seen by over two and a half million people. A little while later we discovered that Zoella expressed an interest in working with us, so we started a conversation that eventually lead to the ambassadorial role.

On the day we announced Zoe as our new ambassador, we gained twice as many subscribers on YouTube, and got four times more followers on Twitter than on an average day. Her video announcing her appointment has had the highest level of engagement of any of our YouTube videos. In November 2014 we saw the strongest sign of her influence yet when she tweeted about our #InOurOwnWords video: this resulted in one of the biggest web traffic spikes we’ve ever seen.

But the stats don’t tell the human story – we are getting anecdotal evidence all the time about how Zoella’s involvement is positively affecting people’s lives. 19 year old Harley, one of the growing number of supporters who have sent us a #mentalhealthselfie told us that it was because of Zoella opening up about her anxiety and panic attacks that she decided to talk about hers.

Messages about sensitive subjects are infinitely more powerful when they come directly from people – this is the key to Zoella’s success and why she fits so well with our approach. The voices of people with experience of mental health problems are at the core of everything Mind does.

She may have founded her career on ‘superficial’ pursuits like make-up tutorials, but what’s different about Zoe is that she has authenticity. She doesn’t pretend to have it all figured out and she talks to her fans as equals.

While this could be seen as risky – we cannot ‘control’ what she says or does, and wouldn’t want to – her honesty and humanity are part of who she is online, and why we are proud to have her on our side. 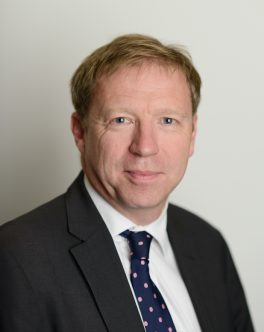 Paul has been chief executive of Mind since May 2006.

Nominated by sector experts and voted by chief executives, Paul was selected most admired charity chief executive in the Third Sector Most Admired Charities Awards 2013.