Busting the myths of crisis communication

Crisis communications used to be associated with big business: many charities felt they could leave it well alone. But social media and the relentless 24-hour news schedule has changed that – as has the increased scrutiny charities operate under.

We believe the charity sector often doesn’t respond to reputational crises well, and this isn’t helped by the myths propagated from times past.

Here are 10 of the biggest myths:

Actually, it’s just one of many. More important stakeholders might be your donors, supporters and staff – all have a strong interest in your charity. Donors could cancel their direct debits, forcing you to cut back services and employees could start circulating their CVs.

Most stakeholders will give you the benefit of the doubt as long as you explain what happened and what you’re doing to prevent it happening in future. These people can often be contacted directly, bypassing mainstream media altogether.

If you fail to put your side of the story across, few will leap to your defence. You’re likely to get particularly hostile coverage by default – and stakeholders will turn to social media to vent their frustration. Conversely, if you communicate as early as possible what’s really happened in an honest way, supporters will speak up in your defence and you’ll find you come out of the crisis with more of your reputation intact.

Too often people think this gives them a licence to say the first thing that comes into their head. Remember how Tony Hayward, the CEO of BP, said: “I’d like my life back”? That was “authentic”, but it also antagonised the American public. Honesty is vital, but good crisis communications also means deploying tact and empathy.

Often crisis issues are known well in advance, at least somewhere within an organisation. Most are obvious general risks that can be prepared for. The best-prepared charities have systems in place to encourage risks to be discovered and reported.

If this is the mentality, a charity will fail to spot risks in time. Good crisis management need not involve creating a risk-averse culture (everything a charity does involves risk). But it does require a risk-aware culture, in which staff at every level feel empowered to highlight potential reputational risks.

Good PR teams act as an ethical champion within an organisation – spotting where a charity’s actions have the potential to damage the organisation’s standing. Ethical standards do evolve over time, particularly as professional codes of conduct evolve – and PR leaders may be able to highlight future reputational risks of current practices which others haven’t spotted.

There will be self-appointed stakeholders who have no interest in being reasonable, and just want to use any communication from you to cause more trouble – especially if they are hiding behind an anonymous social media account. Rather than engage with obsessives, it’s much more productive to engage with those who have a genuine interest in dialogue.

While ensuring you’re doing the right thing is vital for fixing a reputational crisis, such action won’t solve the reputational problem on its own. 80% of managing a crisis well is about communicating well – and if you don’t tell people what you’ve done to fix the problem, they won’t know you have.

The organisations that respond best to crisis are those who keep practicing and honing their crisis management skills. A three-year-old crisis plan collecting dust on a shelf is all very well, but in the heat of a crisis, there’s hardly any time to read such things. If a charity hasn’t practiced its procedures in the past six months, it isn’t prepared.

This fictional spin doctor may make an iconic television character, but his spin-laden, aggressive tactics never work in public relations – and people like him have contributed massively to public scepticism of communicators and politicians.

If you’re going to hire a consultant to help you out, make sure you hire one who’s part of a professional body and has shown commitment to learning about their craft. 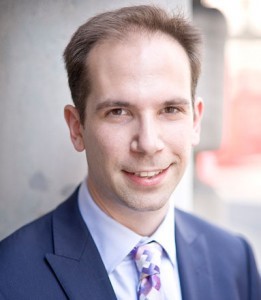 Alex Singleton specialises as a consultant in issues management and public policy communication. Check out his book, The PR Masterclass. 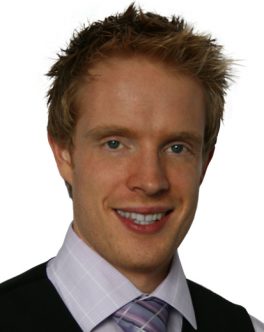 David heads up communications at the Scount Association, having formerly been head of public relations and engagement at Action for Children. In July 2014 he was named PR director of the year by the CIPR and Institute of Directors.