It was a standard Thursday morning in the Time to Change office…coffees were brewing, brains were starting to wake up, and all of a sudden – BAM – we went viral on Instagram (and who even knew going viral on Instagram was a thing?!).

Let’s be honest here – our first response was ‘Huh? Really? Nah, Instagram must be broken…’

A couple of days before, we’d posted this video, a text message conversation between two friends, where one reveals they’re struggling with their mental health.

Your attitude to mental health could change someone’s life #mentalhealthawareness

Inspired by a recent post from UN Women (thank you!), we wanted to create something similar on the theme of our Ask Twice campaign – the idea that sometimes we say we’re fine when we’re not. By asking someone twice how they’re doing, it shows we really care and want them to share their feelings.

Time to Change is all about changing attitudes towards mental health, and we felt this format would be great to show someone changing their response towards a friend – from something perhaps not very thoughtful, to a more considered and empathetic approach.

We’d already shared the video on Twitter during Mental Health Awareness Week and it had done well by our usual standards – but it didn’t prepare us for what was about to happen on Instagram a few days later.

So how did we make it?

We’re really lucky to have a huge amount of user-created content to draw inspiration from. To make sure the conversation reflected our audience and issues accurately, we gathered quotes from the blogs people had shared with us, reflecting the stigmatising language and unhelpful ‘advice’ they’d been given about mental illness.

Next, we created some personas based on our target audiences and used these to craft a few different possible scenarios and scripts.

We decided to narrow it down to two videos, with conversations that were broadly relatable to most people. One would take place on Instagram messenger, and the other on iOS messages. On iPhones and iPads , there’s a built-in screen recording function, and all we had to do was record one screen while we both played out the conversation.

To make it look like these two characters had actually had a conversation before, we left a previous message in the conversation – “Watching the footy?” – something that two people would actually text each other about and a popular and relatable topic. It turns out that might have been part of the key to its success…

The day the post went viral, we sat and watched the number of views – and our followers – grow larger and larger…and to date the video has been viewed nearly two million times. On a good day our videos are watched about 24,000 times – so you can imagine our reaction!

It only took about 10 minutes to record and around an hour of editing in Premiere Pro, it cost us nothing yet as the numbers show it was really powerful in terms of how it was received by our audience.

So why did it go viral?

Right now, Instagram’s analytics isn’t detailed enough for us to figure out exactly how it went viral, e.g. from a single influential person, but what we do know is that the post was shared widely on Instagram stories and direct messages. We also saw people talking about the Instagram post on Twitter and in many of the Instagram comments people were tagging friends saying: “This is the video I was telling you about…”. Again, wild.

We believe that by making this type of video on a real platform that people use every day makes it more relatable and draws people in. You can imagine yourself in the situation and you can’t help but watch to see what the next person types.

It’s not possible to know for certain, but around the time the post went live it was the Europa Cup Final – could it be that our ‘Watching the footy?’ intro caught more attention because of this? Who knows!

Here are some things we do know though:

You CAN go viral on Instagram! And it’s absolutely worth investing a little time into making strong content that particularly suits this format. And, yes, it’s a cliché, but simple ideas can be the most effective. You don’t need to spend all your budget or use complicated technology to share a powerful message .

So what are we planning to do with our new boosted audience?

We think it’s important to serve key messages and ways to get involved, so we’re making sure we’re explaining what Time to Change is properly, and encouraging deeper engagement. 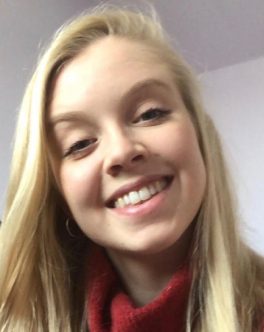 Natasha is part of the digital team at Time to Change, a campaign working to change the way we all think and act about mental health problems. She spends her time creating inspiring and informative content for social media and the web, and supporting her colleagues to supercharge their work with technology. Tash has previously worked in the communications team at Holocaust Memorial Day Trust. 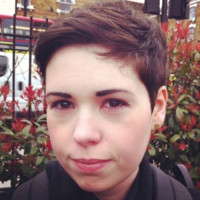 Suzanne is part of the digital team at Time to Change, a campaign working to change the way we all think and act about mental health problems. Suzanne has previously helped to transform online content at British Lung Foundation and Parkinson’s UK, creating engaging, emotional and inclusive experiences for supporters.