Showcasing the potential of young people from disadvantaged backgrounds

It’s truly heart-breaking to know that despite an improvement in the economy there are still hundreds of thousands of young people, on their own or caring for parents and siblings, who are struggling to find work. The Prince’s Trust exists to help them. We wanted an advertising campaign to help raise awareness of our work and encourage people to support us – whether they’re decision makers in the public and private sector, or people donating out of their own pay packets.

Our research revealed almost a million young people describe their childhood as “traumatic”. It also showed young people from “traumatic” childhoods are more likely to struggle in early adulthood with such things as their mental and physical health, relationships and finding employment.

We wanted to show just how much strength, determination and resilience young people have – how much potential they possess, and challenge employers to think twice about how they view young people from disadvantaged backgrounds.

What did we do?

Learn the Hard Way is an exciting multi-channel campaign to raise awareness of our work and drive support for our cause.

We now have a new suite of advertising materials – including TV, radio, print and outdoor adverts. The launch was accompanied by a social and traditional press campaign to ensure that we were reaching as many people as possible.

The advert allows glimpses into the hardships some young people experience – from a teenage boy caring for his siblings and alcoholic mother, to a girl forced into homelessness. The script was written in the form of a personal statement from a CV, off-setting the harsh realities of these young people’s backgrounds against the attributes they have picked up along the way – from self-motivation and communication skills, to the desire and determination to succeed.

We created a LinkedIn profile to directly challenge negative perceptions about the employability of such young people. This girl’s LinkedIn profile lists her workplace as “Homeless” and her skills as “resourcefulness, problem-solving, independence, resilience and fast learning”. The profile approached employers to ask for endorsements of her employable skills. Employers and individuals engaging with the profile on LinkedIn were offered to view a ‘video CV’, taking them to the advert hosted on our YouTube channel.

The aim was to directly challenge negative perceptions about the employability of young people from disadvantaged backgrounds, and show that these young people are learning skills, no matter what their circumstances are.

To date, there have been more than 149,000 views of the advert on our YouTube channel – our second most watched film – with viewers watching an average of 82 per cent of the film.

We created a Thunderclap account to capitalise on the social engagement around the research we launched earlier that month, with the call to action being to sign-up to help spread the word. This meant our voice was louder on social channels on launch day. We received over a tweet per second congratulating us on the positive impact of the advert and the campaign messaging, #TogetherWeCan.

The launch was covered by The Times and The Evening Standard. Trust Ambassador, JLS star Oritsé Williams, supported the campaign and has talked openly about the challenges he faced as a young carer in the Daily Mirror.

We received more than 5,000 visits to our dedicated landing page on our website. Eighty per cent of these visitors were brand new to our site showing that we were reaching new audiences. On average, users were spending 30 seconds more on this page than the site average.

Learn the Hard Way will underpin our fundraising for the next few years – raising awareness of our cause and the plight of disadvantaged young people. Together we can help them realise their potential. 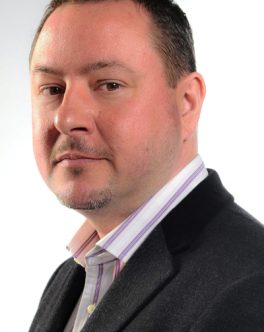 director of marketing and communications, The Prince’s Trust

Paul's role is ultimately about building the UK’s leading youth charity brand. As part of the senior management team, he also has a wider responsibility, helping to ensure they secure sufficient resources to support 100 more young people every working day.