To change behaviour, you need to look beyond the obvious

Imagine that an academic from Mars has decided to visit the UK on a field trip. The Martians, having grappled with issues partially caused by alien behaviour, are keen to learn about how human governments and charities go about influencing humans.

The Martian scholar walks the streets and scours the press to find recent examples of behaviour change campaigns in action. ‘Obesity is the second biggest preventable cause of cancer’. ‘We are all consuming too many calories’. ‘Chinese takeaways are too salty’.

‘Ah’ thinks the Martian. ‘Humans must make poor decisions solely based on inaccurate information. If they are correctly informed, they will change!’

The sheer volume of comms that attempt to spark behaviour change with facts alone suggests that there are plenty of humans who believe this too. After all, ignorance is the obvious explanation for why people might behave in ways that are unhealthy or unsafe. They must not know better, right?

Unfortunately, it’s not that simple. We may feel like we are rational agents in control of our own destinies, but we’re not. Humans are complicated, messy beings who react to social, environmental and biological influences. Believe me: I’ve been spending the last few years balancing my career in marketing & communications with studying for an MSc in Psychology.

If we want to make an impact, we need to go beyond just informing and start engaging with the complications of human behaviour. The good news is that you’re in the right place: the comms department is in a powerful position to tackle the barriers and promote the drivers that influence how we behave.

But given that these behaviours are so complicated, where should we start? Here are some suggestions: 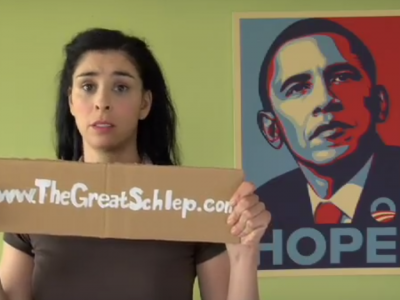 Staff working on Obama’s 2008 presidential campaign identified that Florida’s older voters were a key demographic. Instead of trying to convince them outright, they targeted young Obama supporters and asked them to have a conversation with their grandparents. This is a brilliant strategic move on two fronts: firstly, it’s much easier to get someone to do something that’s consistent with their own beliefs than it is to get someone to change their opinion outright. Secondly, who do you think is more likely to get an audience: an unknown politician or a loved one?

Who are the people who are most influential to your target audience?

Use the power of personal identity

Remember Sideways? It was a hit 2004 film about two friends on a wine-tasting holiday. A single line from this film, denouncing Merlot and the people who drink it, caused sales to temporarily plummet. Why? Because it was delivered by a character who claimed to know about wine, sending the clear message that no-one in the know drinks Merlot. Our choices reflect not just who we are, but how we want to be seen by others.

What are the social norms your organisation would benefit from forming? How can you appeal to people’s need to fit in and look good?

One of the campaigns I’m most proud to have worked on was Hands-only CPR by the BHF. It’s saved dozens, if not hundreds of lives. The idea first originated in the States, based on the insight that although people know that doing CPR saves lives, many are unwilling or feel unable to do it because of the mouth-to-mouth element.

If this had been handled like a typical obesity ad, the message would be ‘mouth-to-mouth saves lives, just do it’. Thankfully for all the people whose lives have been saved, it took a different approach. Instead, it promoted an alternative– hands-only CPR – and made it simple and memorable by pairing it with the tune of Stayin’ Alive by the Bee Gees. Plus, it was executed brilliantly by ad agency Grey, who recruited Vinnie Jones and directed the ad with perfect comic timing.

What’s stopping your target audience from doing what you want them to do?

These examples show that with a bit of well-applied insight, we can create smarter behaviour change campaigns. Let’s stop educating people about things they pretty much already know and start engaging with the realities of how we really think, feel and behave.

Find out more
Kate delved further into this topic at our 2018 psychology of communications conference. To see the slides and access more resources from the day click here. 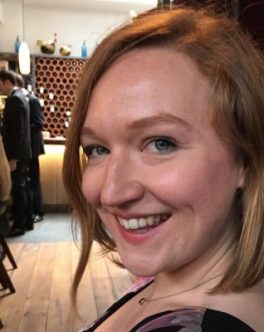 Kate is a strategic planner who specialises in psychology and behaviour change. She's currently working towards her MSc in Psychology part-time while working agency-side in a senior role. Previously, she has worked at the BHF & JustGiving, and for agencies working with Public Health England and GSK.