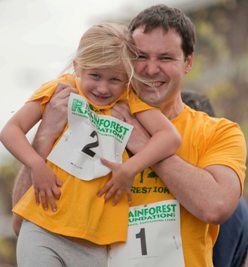 Now, more than ever, charity communications in all its guises is under pressure to deliver, and the best way to do that is to make sure all communicators are pulling in the same direction.

But it’s widely recognised that PR and fundraising can have an uneasy relationship within some organisations. Why is that?

Often it seems to boil down to the fact that each can have high expectations of the other without really understanding what role they both play and how they would benefit from working more closely.   A bit of clarity on the way that PR can help support and build on the activities of fundraisers might be helpful.

So here’s a few key points, drawn from the latest in Amazon’s series of free guides for charity communicators.

1.  Making the case for support

There may be several charities related to any one cause or issue. This is where good PR can make a big difference. Through strong case studies, supporters can see why funds are needed and the difference they will make. As well as giving them a clear cause to respond to, PR can also demonstrate to supporters that the money would be spent appropriately and would have real impact. These elements together allow supporters to feel they are powerful and can help deliver meaningful change. And that’s a feeling they’ll probably want to repeat, encouraging them to raise money again and again.

Donating to a charity can be a one-off action that doesn’t require much emotional involvement. It could be motivated by the cause, by personal experience or, more likely, by a friend or colleague. Supporters, however, invest a great deal more effort. They can spend considerable time and energy convincing their donors to give money to the cause. That effort needs to be recognised and responded to. PR can play a key role in recognising the generosity of supporters and making them feel involved in the organisation’s work more widely – something that will then help the fundraising team retain their loyalty.

Recognition is particularly important when it comes to corporate support. Businesses will usually want their contribution to be visible through PR to their industry, their local community and to potential customers. Be clear about their expectations, and yours, from the outset. That said, plan what you do carefully. While they like to feel appreciated, the last thing supporters want is their hard-raised money spent on the party rather than the cause.

Fundraisers often ask PRs to send out press releases about supporters running a marathon, climbing a mountain, or sitting in a bath of baked beans. But when was the last time you sponsored a stranger after reading about them in a newspaper? Think about the potential return for the time you spend on PR. Consider putting together ‘toolkits’ for fundraisers to do their own media relations. Include key messages, top tips and make sure they know how to contact you if they need your help. Challenges and events like these can provide colour and interest for wider news angles, though, so don’t disregard them! Think about how they can strengthen your call to action or build awareness and understanding of the work the organisation does.

Remember, success lies in planning together, working together, and sharing in success together. So invest in the relationships between the teams and both PRs and fundraisers will be able to reap the rewards.

You can download Amazon’s free guide to making PR and fundraising work together at www.amazonpr.co.uk/resources