Use your ‘pack’: Harnessing the power of your supporters on social media

These changes are only accelerating with the external narrative around a lack of trust, illegal use of data and hidden algorithms playing out on the front pages of newspapers around the world – putting pressure on these platforms to be more transparent and put their users first, rather than their advertisers.

Whilst I believe these changes are positive, they pose new challenges to those of us trying to genuinely cut through all the noise and gain attention for campaigns, organisations or causes on social media.

We’ve seen drops of over 40% in organic reach from Facebook pages, a fall in people’s opinion of social media adverts by 27% in just one year and big changes to the Facebook newsfeed in favour of people, rather than pages and publishers.

But there is a silver lining for those, like many of us, who have a strong, cause-driven story to tell on social.

People are passionate about the causes they support, they want to help.

When working together, with great content and great timing, these people are uniquely powerful on social.

The reach you can generate by harnessing the power of your supporters is incredible – just 135 people sharing a message can have the same reach as a Facebook page with one million likes. It also allows you to generate authentic, organic engagement on a huge scale – people are 16 times more likely to read a post from a friend than from an organisation.

How to mobilise your supporters

We believe that mobilising groups of micro-influencers, normal people with a passion for your cause, is an essential tactic to build into your social strategy.

Organisations using the power of their supporters to amplify their campaigns managed to reduce their cost per click by an average of 95% when compared to ads through Facebook or Google – saving them thousands on media buys. These clicks, generated by people, are also much more valuable – they are trusted, authentic recommendations from friends, family, neighbours and colleagues.

This isn’t rocket science, and certainly nothing new, but maybe something we’ve forgotten in an age where broadcast has dominated social – people listen to people. Everyone is an influencer to their own peer group. This is something charities need to remember if they want to get the results they need from social in the years to come.

Tom Lillywhite spoke at the recent CharityComms ‘Unlocking the power of social influencers’ seminar which was sponsored by Pack.

Photo by Min An from Pexels 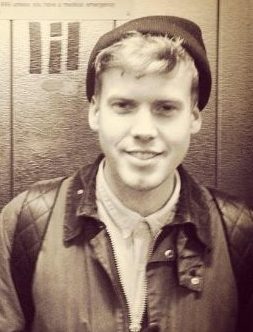 Tom is the founder of Pack, a new social media tool that allows organisations to harness the power of their supporters on social media. He is also CEO of Wilder Digital, a digital engagement agency passionate about helping great causes do great things on social media.