During Dignity in Dying’s campaign in support of the Assisted Dying BiIl, one of our tweets really took off, getting over 18,000 retweets.

The main driver of this was our use of promoted tweets – organically we got somewhere in the region of 500 retweets, but once we promoted it thousands more engaged with it.

Based on our experience, we’ve drawn up five key steps to follow to launch your own first promoted tweet campaign. This is how our promoted tweet looked:

Let’s see how far this message can travel on Twitter – a RT is easy and costs nothing! pic.twitter.com/bnvXBWMo1e

And here’s how we made it happen:

Back in November 2013 we were thinking ahead about the type of campaign we would need to run in support of the Second Reading of the Assisted Dying Bill. Social media was to be a key element but we needed to grow our follower base.

I reviewed the time and frequency of our posting and also identified what was working. We then started experimenting with Twitter advertising because it was around this time that Twitter launched its advertising products in the UK.

Being an early adopter had its advantages – I feel like it was easier to compete for impressions late last year than it is now and we also got to beta test the now rolled out promoted account in timeline product. Once Twitter introduced that, which is specific to mobile users, the advertising platform really started to work well for us – as shown by this rather pleasing graph:

We were able to grow our following at a cost of about 41p a follower.

So we had a follower base, a medium term strategy and some short term objectives. But before we started throwing up ads we had to think about targeting.

2. Tool up to target your audience

The type of targeting we had most success with was “people like the followers of” and I experimented with a number of ways of defining target groups. These fall into three main categories:

There a few tools you can use for this – Twitter’s own analytics, data about your existing supporters and Follower Wonk (Follower Wonk is one of many free/freemium tools out there, check out this list by Twitter’s Head of News UK).

This is dead easy: just look at the free analytics Twitter has now rolled out. Twitter told us this about our followers: 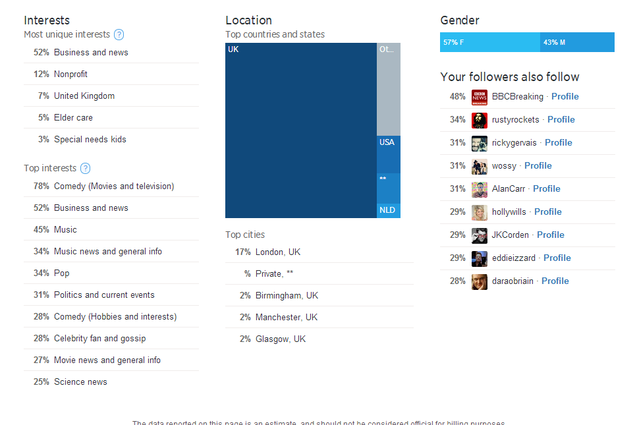 So “business and news” – the most unique interest of our followers – can be a method of targeting for a campaign. Just click new campaign and select targeting by followers and interest. 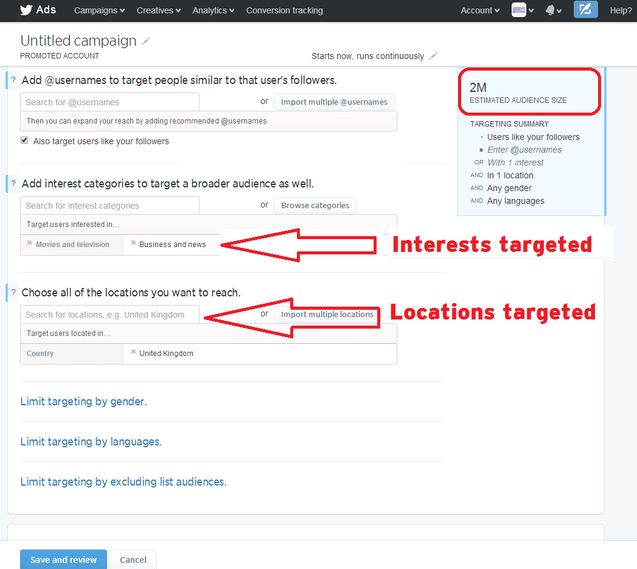 Target lists
For this to work, you need to know who you want to target. I began with the followers of a few other campaigning organisations and also targeted people similar to our own followers. Then, once you have a few, you can use the Twitter “usernames like” tool to expand your target list based on those you are already targeting.

For this you need to use Follower Wonk and have a good idea of a keyword to look for. For example, there are a number of similarities between the campaigns for equal marriage and for law change on assisted dying so, for us, experimenting with targeting based on people mentioning LGBT in their bio was worth testing.

Search for “LBGT” in Twitter bios using Follower Wonk and you get some 26,000 Twitter accounts which can be exported as a file. You can then paste the top 100 accounts into Twitter by clicking the “import multiple users” button. Using the example search, this targeting gives me a potential audience of 412k, who, according to Twitter, are “people like the followers of” our chosen top 100. 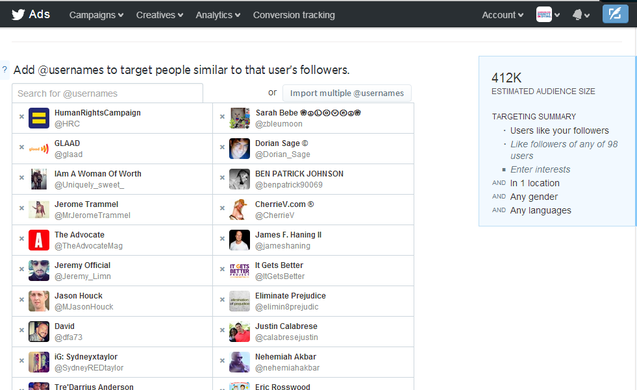 The advantage of this approach is that it is more niche than just targeting people like Stephen Fry’s followers, for example, which means less competition for impressions and a good cost per follower.

By the time we came to advertising we had a very good idea of the content our audience liked from reviewing the most shared articles from our Twitter and Facebook. Broadly, four types of content did best:

There is a lot you can test on Twitter, including constructing your own “organic” tests as well as a number of elements to test within Twitter’s advertising platform. We began small, with campaigns with just a £100 spend. By going slowly you can stop yourself from accidentally making any expensive mistakes – for promoted tweets you pay for all clicks, including clicks on your profile and on any images. So to get good value for money you need to have a very focused tweet with only one action people can engage with. I suggest you don’t make that an image or you will pay for a bunch of image clicks.

You will notice that we broke this rule for the tweet that got 18k retweets – I had to pay for thousands of clicks, which did eat up our budget.

This is one of the risks of using the automatic selection of tweets in a campaign, but I wanted to test how well it would work. I was intrigued by Twitter’s explanation: “We will promote up to five of your most engaging, recent Tweets. New Tweets will be rotated in based on high levels of engagement.”

So this tweet getting promoted was actually a happy accident. I subsequently tested a much more focused approach using a Twitter card:

Do you support law change on assisted dying? Back that change: https://t.co/iTXXA8ZEjV

Compared to the one with an image and a call to action to retweet there was less engagement – 2% rather than 5% – but the engagement with the card was more useful because it drove people to our landing page, the focus of the campaign. 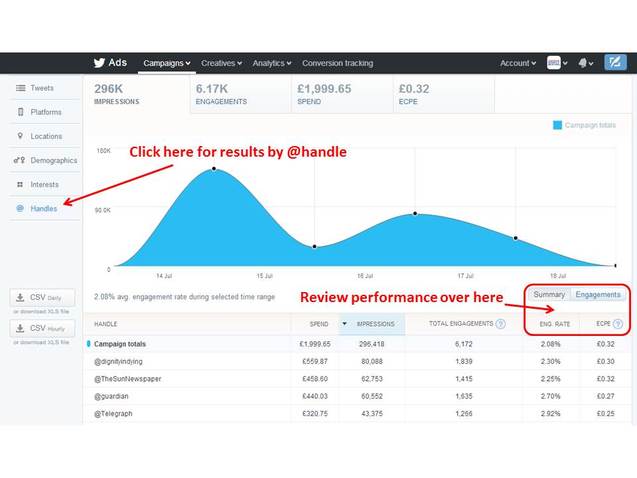 Once you launch, you need to spend 10 to 20 minutes each day checking your performance, perhaps more if you are running a lot of tests. And be warned: you are likely to get most of your impressions in the evening, so be ready for a bit of evening work!

I could go on but what about you – have you used promoted tweets and how did it go?

Preparing the ground for a campaign launch: lessons from This Girl Can 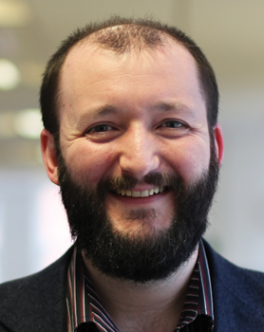 director of fundraising and marketing, Dignity in Dying & Compassion in Dying

David is Director of Fundraising and Marketing at the campaign for Dignity in Dying – a national membership organisation working to change the law on assisted dying. He also performs the same role at their sister charity, Compassion in Dying, which works to inform and empower people to exercise their rights and choices around end-of-life care. Before that he worked at the Muscular Dystrophy Campaign in a number or fundraising roles, with a focus on individual giving and digital.