Balancing the needs of your organisation with the wants of its audience can be tricky.

You need people to donate, fundraise, sign up to events etc, but realistically, people don’t want to be bombarded with asks. In the case of following charity social media channels, where audiences tend to come for advice, information and support arguably this is even more true.

So how can we all get what we want?

It can be tricky to schedule timely and effective online content that meets your goals while spacing audience asks out nicely. That’s why I’ve come up with the FAVES model – you won’t find it in any fancy marketing textbooks but hopefully it helps anyway!

While comms and social media teams are often the voice of our organisation externally, it’s also crucial to be the voice of your audience internally. Colleagues may come to you and ask you to share a new fundraiser or campaign, and of course, we want to share these great projects – but the audience is unlikely to want to engage with them if we add them to a constant flow of asks.

To us, each ask may seem very different, but whether it’s asking for donations, asking for event sign-ups or asking for support on new campaigns, all the audience sees is continuous asks. This leads to disengaged followers who want relevant news, to access support and to feel part of a community – not to feel obliged to do something.

People not engaging with your posts also means that you won’t get the boost from Facebook’s algorithm that comes from sharing content that people engage with, plus the algorithm sees a user scroll past multiple posts from your page without interacting, it thinks: “okay, they don’t want to see content from that source so we won’t show them that anymore”.

Sharing lots of asks at once means your whole presence on social platforms could be impacted longer term so you really need to consider the frequency of what you are putting out.

What’s the angle for your ask? People might be somewhat perceptive receptive to brands that sell physical objects using sales-y angles, but coming from a charity, people don’t tend to be as receptive of direct asks.

So instead of just saying “hey, sign up for this event”, consider giving it a feel-good twist, like telling the story through the eyes of a supporter. Have them say why they’re doing the event, what inspired them and why they think it’s important -that’s a much more inspiring and relatable angle than just a sales push, and less likely to get scrolled past.

Are you giving something in exchange for your ask?

Instead of just taking from your audience, try giving something back. For example, instead of asking someone to sign up to an event, try giving them posts that are really relevant to them and might inspire them to get involved. This could be really bespoke content (e.g. we did a running blog to promote our annual Run The Night event instead of just asking people to sign up. It gave tips specifically from people with Crohn’s and Colitis which addressed condition-specific issues when it comes to running, ways to tackle them and general advice). It doesn’t have to be physical things that cost money to send – it could be downloadable assets, shareable graphics, or printable running bibs for events. Try to give something back in exchange for their commitment and show you value them – they’re giving you money or time, so what’s their incentive?

It’s important to remember that these posts may not immediately translate into donations or sign ups, as research shows people generally need a few touchpoints before committing. But by coming up with a plan of engaging content that holds the supporters’ interest, you’re much more likely to hit your goals.

What’s going on in the wider world that your audience is interested in? Can you hook your ask onto this?

For example, we once did a post clearly asking supporters to sign up to become members, enticing them in with a new membership pack. The new goodies might be tempting, but it was obviously a post asking them to do something – 27 people signed up to become members on that day.

In comparison, we did another post after an announcement that the shops would be opening after lockdown. For people with Crohn’s or Colitis, this can cause a lot of anxiety as toilet urgency is one of the main symptoms, and many public toilets are closed due to coronavirus. We hooked our membership plug onto this event, explaining that our membership packs include a Can’t Wait Card to show shop staff why the holder might need to urgently use a staff toilet, and a RADAR key which unlocks any disabled toilet door. We showed how our ask was relevant to this event, and 108 members signed up on that day – so as you can see, hooking the ask onto a relevant event worked much better!

Last up, we have S for shop window. If you consider your social media feeds to be a shop window, how are they looking?

Is there quality content in the most recent few posts, or just asks? Taking off your organisation’s hat and looking into that window as someone who has just stumbled across your store, would you want to enter? What will entice people to enter, and what will put them off?

The last few posts will likely be the ones people look at when considering whether to follow or engage with you, so use the tips above to make sure there’s a nice mix of non-asks and asks that are relevant, interesting and offer value to the audience.

Join us as we go into depth with all things social media at our conference this month – Beyond the algorithm: social media for charities.

If you liked this you may also like: Get the lowdown on digital platforms – Discord, Clubhouse, TikTok and Instagram. 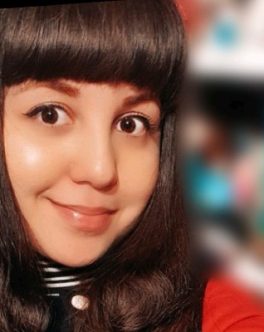 Rhianna works as a digital marketing lead for Crohn’s & Colitis UK, and has spent her career working across the housing, education and charity sectors. Her current role focuses on digital marketing and optimisation for supporter experience, ensuring supporters get bespoke and relevant content via email, social media and the charity’s website, plus reaching new audiences via paid media.