Talking about inclusivity in comms

Inclusion is a term that has had more and more media coverage over the last few years and is widely expressed as needing to be part of an organisation’s core activities. But as professional communicators how do we create awareness of inclusion while coupling it with reaching a diverse audience effectively?

Inclusion forms part of the social responsibility practice Diversity, Equity & Inclusion (DE&I), but inclusion in itself is a more in-depth topic that transcends practices and eventually filters into our communications. This means comms folk are faced with trying to, not only create awareness but also challenge conscious and unconscious messages that are projected via the language, imagery and representation used in our communications. Charities also face challenges with resources and funding in order to create awareness for our causes, so that adds another layer of pressure when ensuring that the right message is being delivered in an inclusive way.

The well attended CharityComms event (and buzzing chat box) Inclusivity in communications: language, imagery, and representation was a reflection of the need to take a firm stance on this – Now! Here’s some of what the knowledgeable and insightful speakers had to share…

jane fae, director of TransActual and Chair of Trans Media Watch, kicked off the discussions with powerful tips on the use of inclusive language. This session was a clear message to encourage the audience to think outside the box and realise that not everyone is visual. In an era, where the use of images and visuals are widely used across various social media platforms there can be a misconception that this is the right way forward in effectively communicating. However, jane’s session put into perspective that a holistic approach to inclusivity in comms is about researching and not making assumptions. How can this be done? “power to the people” in jane’s own words; give power to those we are trying to communicate for.

As professional communicators, it is impossible to know everything, so it is imperative that due diligence is done by carrying out thorough research and getting people involved. By this, a form of sensitivity test will judge the responsiveness of the message we are trying to get across. One example of this is the way we address genders in our communications, and the assumptions surrounding this. In order to avoid offending anyone, we should listen and observe to ensure we are using the right language. We will not always get it right, which was the general consensus amongst the speakers, however, we can reach some form of consolation when we hold our hands up and admit we have got it wrong with the aim of working towards improvement.

Are current images inclusive? They say an image tells a story and there are many times when one can view an image that is supposed to represent them only to find that is far from the case. Even well-intentioned visual comms can backfire and embed unhelpful stereotypes. Picture this you read an article that talks about government plans on retirement spending, however, the picture shows a frail person holding a walking stick. Is that really a true depiction of ageing; did the content creator really think about the connotations that the image holds – probably not!

Yehia Nasr from Ageing Better offered lots of food for thought on creating inclusive imagery and challenged our cognitive behaviours associated with the use of imagery. Images and icons, photography and graphics are not always the right representation, or realistic, and as professional communicators, we have the power to challenge this. Understandably, there may be a reluctance to challenge the status quo as so many images have become standardised and the norm. Yet it’s important to remember that as charities challenging the status quo is either part of, or is the core premise, of many of our causes so let’s break the stereotypes via our communication methods.

Ensuring there is representation

Another essential thing for all communicators to think about is representation. Communities have a big part to play and charities should be “Working with them and not for them”, is the message that Clare Bowdler and Fay Ryan from RNID put across. The best way to try and represent the people we are trying to support, via effective communication, is by involving them.

As communicators we need to avoid the risk of exclusion rather than inclusion, that’s why RNID have created content communities to help create accessible language. They have found that many barriers have been broken by working with people with lived experience which has enabled them to create much needed public awareness.

As well as the presentations at the event there was also a thought-provoking panel discussion facilitated by Mariana Mellado from UN Women. This raised several questions concerning what best practices look like and left us with some useful things to think about. Below are some of the words that were used by the panel and spoke to me, which may help guide us all as we strive to be more inclusive in all our comms:

The above words are a reminder that inclusion is not a tick box exercise or just a requirement to form part of an organisation’s policies, it needs to be embedded in our culture. Therefore, the way in which we communicate this is important.

The resounding question from the event was can we ever be truly inclusive of everyone all the time? No, is the honest answer, as you will probably end up including one group and alienating another. But! We can be mindful of the tools and processes we are using; as well as continuing collaborating with other groups and sectors to ensure we are truly representing the people we care for.

Inclusivity in communications: language, imagery, and representation will be available on-demand very soon, so keep an eye out! 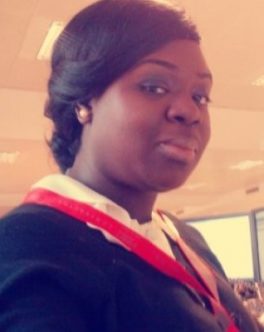 Jolene is the finance officer at CharityComms and works both on customer accounts and supplier ledgers. As well as her background in finance, she has a keen interest in charitable causes and has been a volunteer in charity work over the years. Jolene is currently studying an MBA, which has further highlighted the importance of organisation’s utilising resources and tools to achieve effective communication within the sector.