Many people in the third sector were stunned last summer by the sudden explosion of negative coverage on charities.

I believe the problem comes back to “perceived transparency”. Rightly or wrongly, charities are perceived as not transparent by the media, politicians and the general public. In October 2015, nfpSynergy’s Charity Awareness Monitor (CAM) found that almost half (47%) of people think charities are not very or not at all transparent. This means that charities are seen as about as transparent as supermarkets, and much less transparent than other trusted institutions like schools and the NHS. 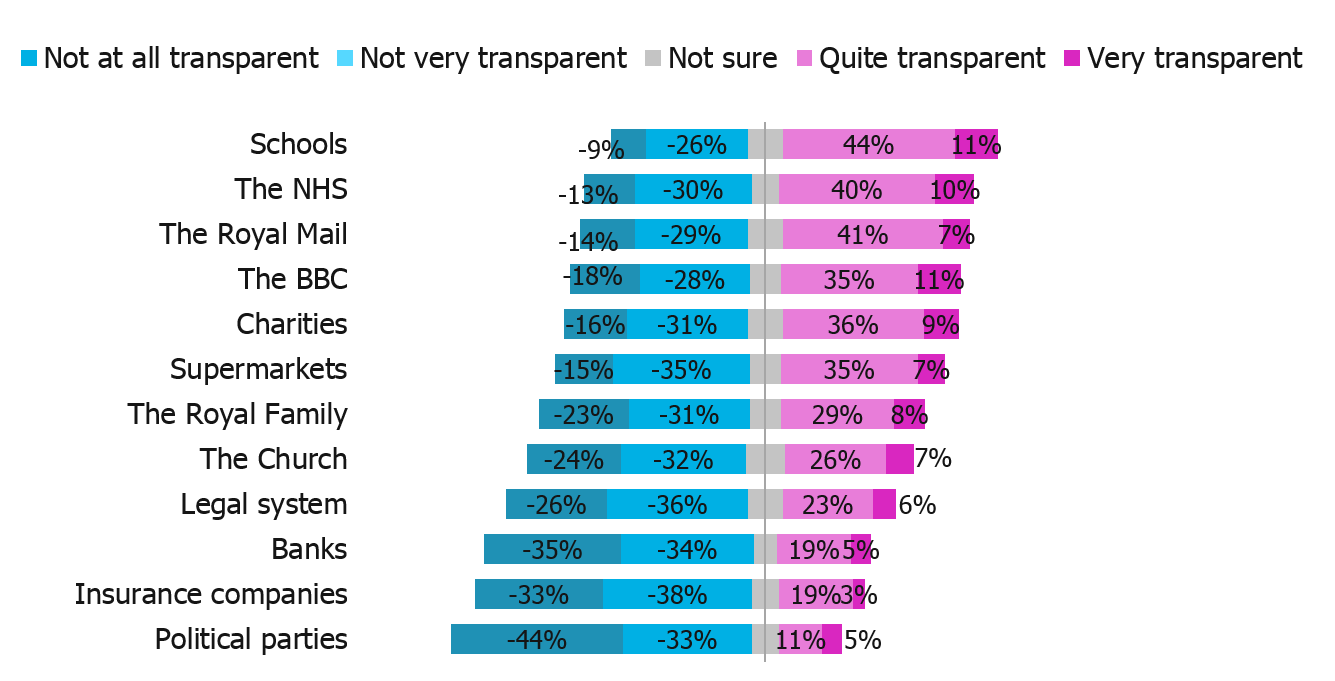 Should transparency be a key value for charities? We know from our research that accountability and cost efficiency are two of the top 10 attributes the public choose when describing their ideal charity. I would argue that transparency is vital for charities because it is the best way to demonstrate to supporters that your organisation is using donations in an accountable and cost efficient way.

But what does charity transparency really mean? While many charities believe they are transparent by virtue of having publicly available annual reports and a pie chart on their website explaining how they spend income, people outside the sector are not convinced. This perceived lack of transparency means people feel doubt about how charities are actually run and the deficit in understanding is leading to an increasing lack of trust in the sector. In autumn 2015, the number of people saying they have trust in charities was at its lowest level in four years, with less than half (48%) of people saying they trust charities. 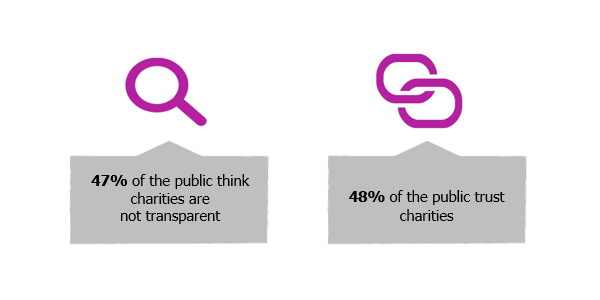 Figures released by the Charity Commission suggest that as a whole, the charity sector spent 82% of its income in 2015 on ‘charitable spending’. While this figure is a bit crude (a small part of what is counted as charitable spending might be considered administration by some), it still provides a strong indication that charities are spending far more of their income on the cause then they are given credit for.

The perceived gap between how charities spend their money and how they should spend their money extends beyond the average person on the street. nfpSynergy asked the same question of key influencers: journalists covering the third sector and MPs. We found that these professionals have similar convictions about charity finances as the general public: they believe that charities were spending almost a fifth (18%) less of income on the cause than they should be.

Given this, it’s no surprise that journalists feel it is appropriate to increase scrutiny on the sector. Unfortunately, increased media scrutiny seems to be fuelling the sense that charities are not transparent, which is leading to calls for further scrutiny. By the end of 2015, 65% of journalists felt the media should be doing more to scrutinise charities and a similar percentage of MPs (62%) felt that Parliament should scrutinise charities more. With these sentiments comes broad support for further regulation of charities. The majority (71%) of the public believe charities should be more regulated than they currently are, and more than 63% of MPs agree. 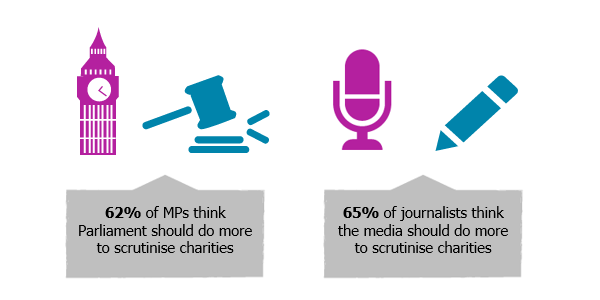 Communication professionals have a key role to play in turning around perceptions of charity transparency. An important first step is to take stock of how transparent your organisation is internally. Does your organisation have silos which prevent best practice from being shared? Are practices that fall short of the highest moral standards being challenged?

Improving your charity’s internal transparency will allow your communications team to confidently demonstrate your transparency in a number of ways. For example, all staff with external facing roles, from media and public affairs professionals to fundraising, should have a key message briefing to common questions about how your organisation spends its money.

Your communications team should also look to expand your pool of spokespeople. From paid fundraisers to front-line staff, think about who inside your organisation could share their experiences to help the public understand why you do what you do.

In our report, nfpSynergy has highlighted a range of ways the sector could proactively welcome scrutiny such as creating clearer charity accounts and metrics and stronger external oversight in the form of an ‘Ofsted’ for charities. Collaborating with other charities in the sector on projects such as these are excellent ways to improve the transparency of not just your organisation, but the sector as a whole.

Charities are at the beginning of a long journey. If we take advantage of these opportunities for positive growth we can move forward into an era where charities are better understood and regain their place among the most trusted institutions of British civic life.

More like this
Find out about the Understanding Charities Group, working to improve the public’s trust in charities.
Check out the slides from Karen’s presentation about public trust from our PR conference. 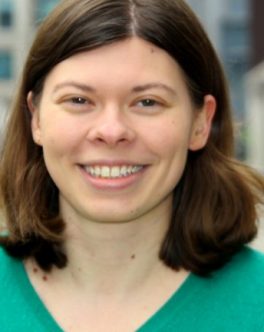 Karen is a researcher for nfpSynergy, where she runs bi-annual research with journalists to evaluate charity media campaigns. She advises charities on how to improve their engagement with journalists. Karen has an MSc in Social Policy from LSE. Prior to undertaking her MSc, Karen worked for several homeless charities, both in the UK and USA.