Want more media coverage? Then buying journalists coffee is not your priority

Do you crave more media coverage for your charity? Of course, you do. But you won’t succeed by following old PR advice that tells you it’s all about befriending journalists.

The practice of media relations is at least a century old. Yet it matters more than ever. This is partially because big media outlets are refusing to die like they were predicted to. At the same time, social media platforms are having a wobbly 2018 – thanks to ongoing data scandals and claims they supercharge fake news.

National media coverage is still incredible protein for a charity brand. After all, even small non-profits can have their fortunes transformed thanks to a single story. So how can you update your PR tactics, allowing you to grab more coverage for your cause?

The bad old advice tells you “it’s all about your little black book of journalist contacts”. It suggests your journey towards PR success starts by reaching out to journalists covering your sector and getting to know them. This, the thinking goes, will let you form a working relationship, resulting in them bestowing their fickle gift of coverage.

But news media outlets aren’t fickle. They’re consistent and their needs are predictable. You can quite easily spot which organisations don’t quite understand PR. Look at their job ads for PR positions: they’re the ones focusing on whether candidates have “great contacts in journalism” when they should be focusing on whether applicants actually have PR skills.

2. Get to know journalism, not journalists

Doing this will teach you that journalists probably don’t want you as a friend, and now that they operate in teams much smaller than a few years ago, they no longer have time to pretend they do. They don’t want a broad chat over coffee about your sector. They want one thing: an original news story which meet the needs of their readership.

So your charity is stretched for funding and has to scale back support to communities, even as government cuts mean your community needs support more than ever? That’s awful. That’s important. But that’s not news.

It’s not news because people won’t be surprised to hear it. So it’s not a media outlet’s job to report it. Accepting what’s news and what isn’t news is very, very difficult… because it involves swallowing organisational pride. But doing so will mean you can focus on finding the stories that are most likely to warrant coverage.

It takes real work to find actual news. If you go to the effort of finding it for a journalist, they’ll be very grateful and they’re likely to publish it.

News generally isn’t the sanitised information that flows through organisations. Often, it’s what you’ll only find if you dig for it. Get on a train and visit service users. Go and talk to your researchers and your frontline staff. Ask them a question they’ve never been asked before. Find something that surprises you. It’ll surprise journalists too.

Once you’ve found some news, you need to flesh it out into a news story by making it emotive.

Love. Conflict. Betrayal. Glory. Failure. Shame. Pride… You know the themes for a great story. Find a truthful way to add them. Media outlets need stories from you that tap into the endless human desire to hear them.

Tapping into such emotions isn’t a cheap trick. It’s your duty to share your organisation’s news in a way that resonates with people. So find the stories that help you do this.

A news story needs to be strongly emotive. For this to be achieved, the news story must be simple. For something to be simple, it should be short. Summarise your news story into a headline. If you can’t, then it’s probably not going to be picked up.

7. And then… okay, it’s time to get to know journalists

Giving an actual news story to a journalist will allow you an opportunity to develop a professional relationship. Embed them into what your organisation is trying to achieve, by uncovering more news updates for them as things evolve. And the more useful stories you find them, the more they’ll trust your instinct to deliver what they need.

So that’s your seven-step guide to winning coverage. Will you let your organisation share the same tedious updates that make the media ignore you? Or are you going to push the boundaries and find the real news? Go on, get digging. And help journalists tell the country what it really needs to know.

For more tips on media and PR relations, check out Becky Slack’s book on  Effective media relations for charities: what journalists want and how to deliver it. 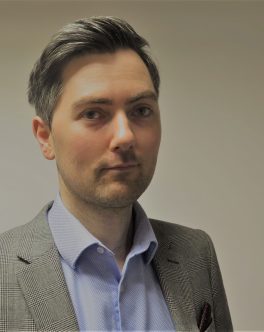 Michael is the UK head of external affairs for the international type 1 diabetes charity JDRF. He has managed communications teams in both the private and the public sectors.